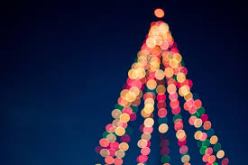 Christmas is just a few days away. I am one of the last left in the building on the day it closes for the break. Some colleagues come in briefly to pick up essays to mark. But the students have all gone, now that the factory bell of the last coursework deadline has sounded. Walking past the student village on my way to work, I saw parents loading a semester’s worth of their children’s lives into cars.

In universities, Christmas is only half-observed. Christopher Hitchens used to write an annual anti-Christmas piece complaining that it gave him a sense of what it must be like to live in a one-party state. Nowhere—airports, hospitals, waiting rooms—was safe from the “the collectivization of gaiety and the compulsory infliction of joy”. Maybe not, but universities come close.

At school we marked it all, from the first day of advent to the end-of-term carol concert. (“Time wasted on foolishness at one’s children’s schools” was another Hitchens complaint about the season.) But semesterised rhythms mean that Christmas and the university are always slightly out of sync. The students seem more interested in Halloween, or perhaps that is just because it comes bang in the middle of term. The tradition of card-giving among my colleagues has largely died. Some cite environmental reasons, but actually it is because no one can be arsed.

The more festive lecturers prepare mulled wine and mince pies for their classes. The Scrooges among us just hand round one of those party boxes of Celebrations (an annual experiment which demonstrates empirically that students will always leave mini-Bounty bars uneaten).

And now we enter this weird interregnum. Christmas is still to come, but the university’s Christmas is over. The academic factory will soon go dark for the only time of the year. This (pace Lord Adonis) is our one season of enforced idleness.

At the school I went to, my mother was a teacher. Waiting around for her after the final bell had gone, I came to enjoy the melancholy of a school building at the end of day, with the Polyprop chairs stacked on tables, the newly-mopped floors smelling of bleach and the unpeopled corridors echoing.

A university on the last day before the Christmas break has that same eerie feel. Only the remnants of other lives remain. One feels the weight not only of all the ghosts of university Christmases past, but of the years hurtling scarily by. “The jaded calendar revolves,” as Louise MacNeice put it in his poem “An Eclogue for Christmas”.

I pass by the school office, which is silent and stilled. There are slithers of tinsel wrapped round PC monitors, and the usual office-party leavings: a half-empty carton of apple juice, some soggy Doritos, a few chocolate marshmallows wrapped in foil. The Christmas tree’s lights are off. The last post lies unsorted, including Christmas cards that will not now arrive in pigeonholes until January. As I buzz myself out, I switch off the lights behind me and say goodbye to yet another year.